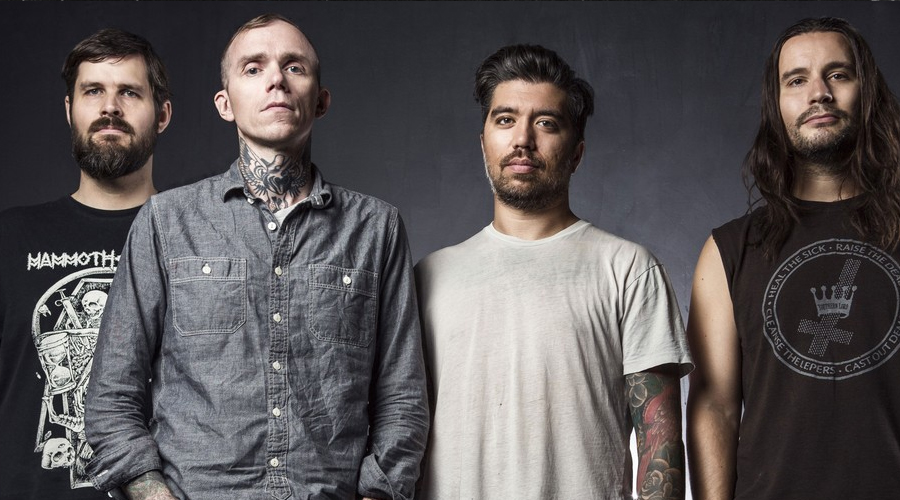 Everything Is Beautiful When You Don’t Look Down

Everything Is Beautiful When You Don’t Look Down is Glasseater’s debut album for Victory Records. I’ll be honest when I heard they were switching from Fearless to Victory I thought that a little more focus on the hardcore aspect of their sound would be represented on this disc. I was pretty much wrong in every way.

The CD starts off with a furious cord progression and interesting drumming making you think you are about to hear a harder song. Then just as quickly as it starts it changes into a very slow paced but still amazing song. The CD overall reminds me a lot of the first half of their S/T CD. This isn’t a bad thing at all.

Now I hope I’m not scaring you by saying this CD is a pretty slow paced CD. It really isn’t as most songs start off fast and end the same way they began. If you are worried about the hardcore aspect of Glasseater being gone, don’t worry, as traces remain present in many songs. The CD is loaded with interesting metal and melodic guitar lines and some of the best drumming I have heard from this band. The lyrics are also very well written while sung with great passion over very interesting music. I couldn’t believe how much I enjoyed this CD altogether for it was the exact opposite of what I was expecting. If you want to hear one of the better albums that has come out this year I suggest picking this one up on August 26th when it comes out.