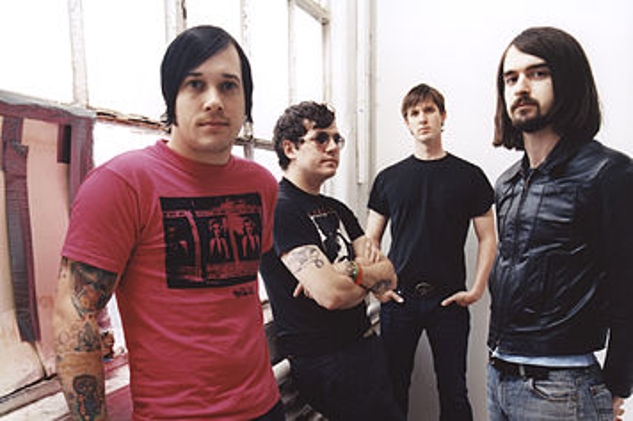 What do you need to do when your one of the premier emo punk rock bands and you want to expand your sound to a whole new level? Simple you release a album titled “Reality Runs Through” and then show the world there’s more to the punk record label you wear so proudly on your sleeve. From the start of “Inhabit” to the closing of Moonlight Sunlight, Hot Rod Circuit are constantly exploring other genres of rock. With steady riffs and strong harmonies it’s hard to find what flaws may lay within. From the strongest track’s on the set “Tell The Truth” and “The Best You Ever Knew’ with their radio friendly chords, front man Andy Jackson adds just the right amount of heartfelt lyrics while never sounding repetitive. Although the same cant be said for “Fear The Sound”, when Jackson shouts out “I got my hands around your neck” it comes of more cliche than original which takes a little away from the song‘s intense beat.

The backbone still lies with Jay Russell and new members of Hot Rod Circuit, Dan Duggins and Brian Kiss. Still it is the guitar playing of Casey Prestwood that really makes a statement and guilds the album through from start to finish. Look for Chris Carrabba of Dashboard Confessional to guest on “Unfaithful” a follow member of the ever growing Vagrant family. With their refreshing ideas and clean sound that even incorporates steel guitar, Hot Rod Circuit seem destined to out grow of the style that got them here, and embark on a rock and roll journey that would fit nicely on to a segment of MTV’s “120 Minutes” from the late eighties or early nineties. With eleven songs clocking in at a mere 35 minutes, Hot Rod Circuit leaves you wanting more and from the sounds of it, there will be a lot more to come from Jackson and company.